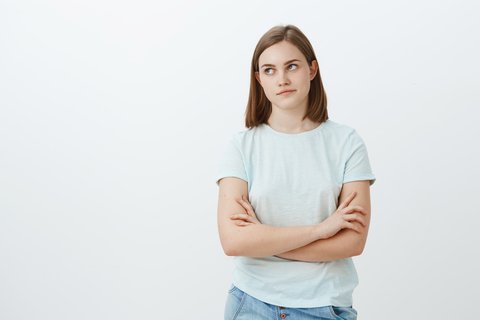 Opinions — everyone has one no matter what the topic is. One thing that can be agreed upon throughout society is that while opinions on any topic vary from person to person.  To some degree, most opinions are easily taken with a grain of salt so to speak and many opinions are widely accepted and agreed upon. However, there is a class of opinions all its own that are not well received by…well, anyone!

Opinions which fall into this category are that of the unpopular nature, opinions that very few if any people would agree with. I’m here to tell you my unpopular opinions surrounding the topic of dating, so buckle up butter-cup, you probably will not agree with anything you are about to read!  The unpopular dating opinion I want to discuss today is on the topic of first dates.

The dreaded first date, it’s awkward and uncomfortable for most especially when you aren’t sure what you have in common with your prospective significant other. First dates can often times feel more like an interrogation than an ice breaker to get to know someone a little better. In my albeit unpopular opinion – movie dates are far better suited for first dates than dinner dates. Now before you go shouting at your computer screen that a movie date for a first date is complete idiocy, hear me out! 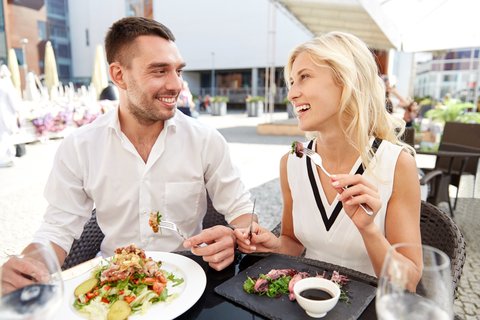 Guys, dinner dates are awkward for everyone involved. No one knows what to order, and women in particular often times censor themselves with their order… A girl who would normally be totally down to eat a burger and a full order of fries by herself will order a salad in an attempt to come across as more health conscious and dainty. People need to be able to be open and honest with each other on a first date and while censoring your dinner order may not seem like a big deal, it is the first step in putting forward a persona that is untruthful to who you really are. Strike 1 for dinner dates. In this respect movie dates are the absolute winner! Everyone and I literally mean e-v-e-r-y-o-n-e, who eats popcorn at the movie theater does the exact same thing, We are all grabbing handfuls and mindlessly shoveling the stuff into our faces while watching the previews – no judgement here!

In fact, I would probably applaud someone for being able empty a large popcorn faster than myself. After all, everyone knows you buy the large for the unlimited refills (popular opinion here!) – it would be a waste of money to not gorge yourself on the stuff!  Speaking of money, here is where dinner dates get strike 2 from me…  There is the never ending debate of who should pay the check (more on my unpopular opinion about this later) and what is an acceptable amount to spend.

Dinner dates can go 1 of two ways—they can be super expensive or super cheap all depending on where you go, and also how budget conscious your date is. Some people will purposely order the most expensive item on the menu, not necessarily because that is what they want, but just because they feel that they can and why not?? Especially when they assume the other party is picking up the tab. There is also the cost of the tip for the wait staff (tip your servers people!).  There are varying opinions on what amount of tip is acceptable and honestly until I get to know someone better I don’t really want a lecture on my tipping habits, or have to lecture someone on their lack thereof.

Movie dates are the perfect resolution to this. Movie tickets can be purchased in advance for most all movie theaters, including most drive-in theaters if you are lucky enough to live in an area that has one (shout out to Coyote Drive in the DFW area and Big Sky drive in in Midland/Odessa!). Since tickets can be purchased in advance it is a super easy resolution to the “who is paying” debacle for a prospective couple to agree that one person can buy the tickets and the other can buy the concessions. If you go the old fashioned route one person can buy both the movie tickets and the concessions, at least that is a lot easier to gauge the expense of over a restaurant. 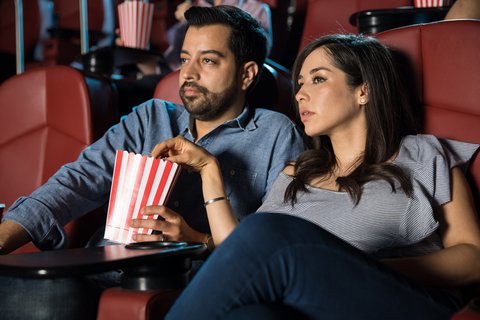 Now, most people would argue that movie dates do not allow for adequate conversation for a first date, and this is why dinner dates have the upper hand. To this I say have you ever been on a dinner date first date? In my experience first date conversation can be totally forced (strike 3!).  The conversation topics don’t ebb and flow very well, you feel like you have to talk about certain topics and once the box is checked on the information you were fishing for, the conversation comes to a grinding halt – resulting in an awkward silence until one of the parties comes up with something else to talk about. There is also the opposite end of this conversational spectrum, sometimes people are way too chatty and fire off question after question at you while you are trying to eat! This is not ideal, to me at least.

Movie dates offer the perfect Segway for first date conversation. If you go to a drive in movie theater most have double feature movie. If you stick around during the intermission for the second film you can easily start conversation by talking about what each of you thought about the film you just watched. Most of the time you can use this to Segway into other topics relating to each other’s lives and things you want to know. If you go to a traditional movie house, it is quite easy to transition into the same conversation over coffee or drinks after the film at a different venue. While first date conversation is almost always bound to be awkward, having a common ground topic to discuss (i.e. the film) can help make conversation flow easier.

So, now that you have heard my unpopular opinion which do you think is better for a first date – dinner or a movie? Let me know your opinion or share a story in the comments below!

Happy New Year! Happy new year from the SimpliSingles team! Please be sure and follow/like this start up project on social media to get the latest updates.  We’re on all major social platforms!  Guest blog/relationship […]

Is He Or She Scamming You?

Is He Or She Scamming You? Scammers operate heavily online and sadly, many are on dating/meeting sites looking for lonely people to prey on.  Unfortunately, scammers find many prospective victims and they fall willingly to […]